Each assignment will have an FAQ linked at the top. You can also access it by adding “/faq” to the end of the URL. The FAQ for Lab 21 is located here. 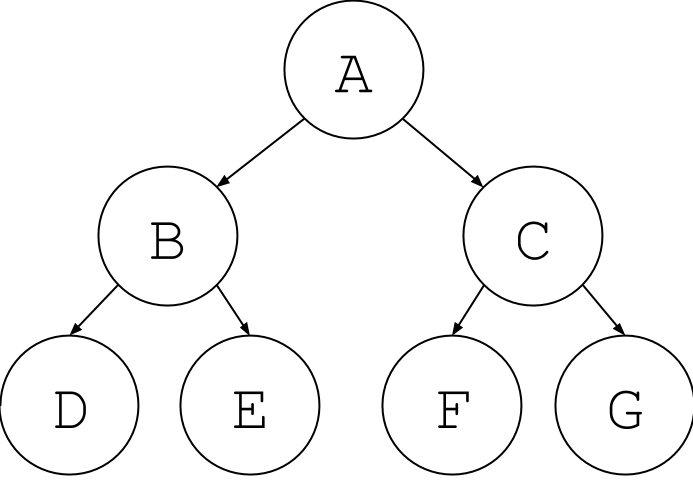 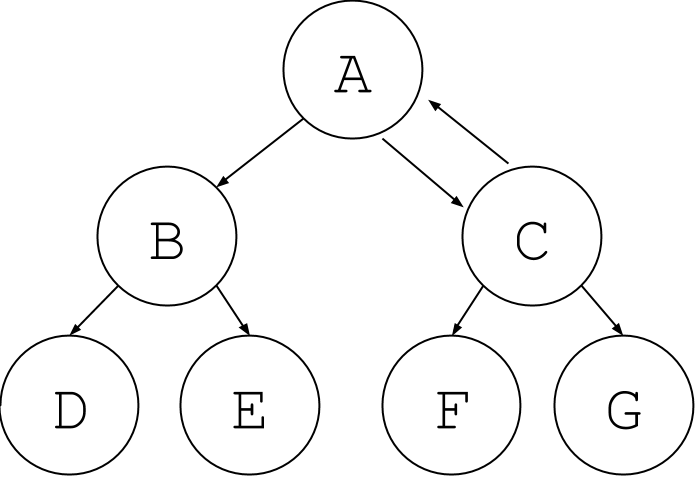 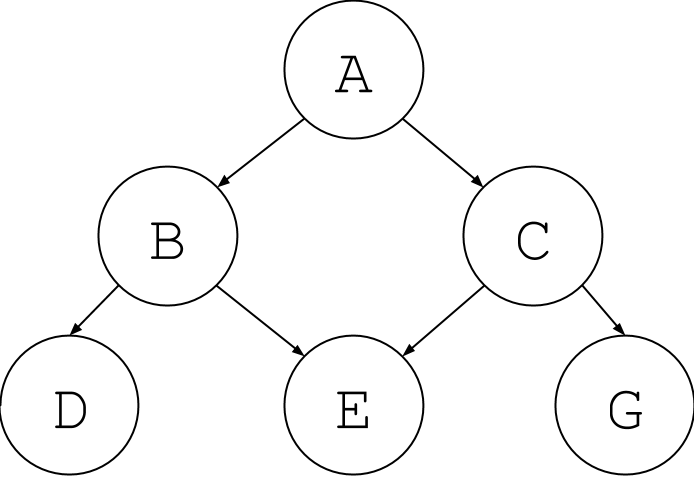 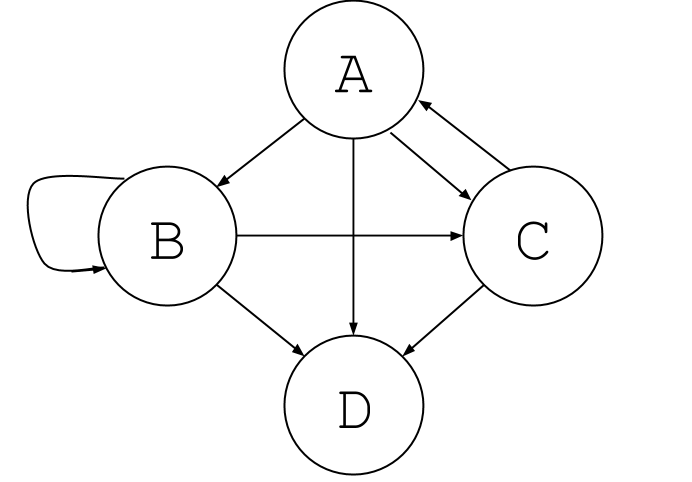 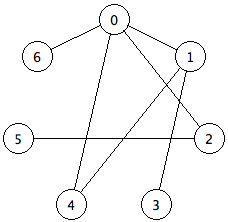 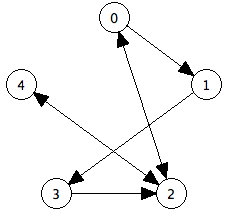 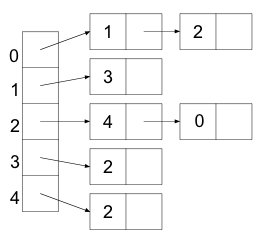 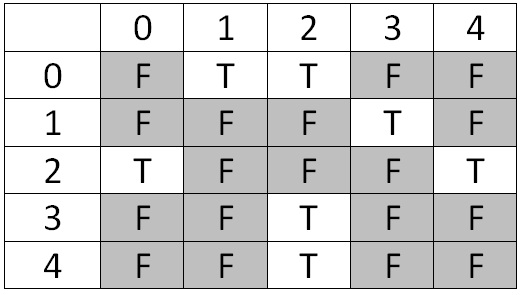 Now, which is generally more efficient: an adjacency matrix or an array of adjacency lists?

Instead of checking that the popped vertex v is not yet visited, suppose we do this check before adding some neighbor to the fringe. The body of the while loop would then look like the below:

Would this change work? Discuss with your partner, and highlight the lines below to see the answer.

Yes this would work although it is convention to check that the popped vertex is not yet visited. .

Note that the choice of data structure for the fringe can change. As with tree traversal, we can visit vertices in depth-first or breadth-first order merely by choosing a stack or a queue to represent the fringe. In the next lab session we will see applications that use a priority queue to implement something more like best-first traversal.

Suppose we are using the graph traversal code from the last example, copied below:

Determine the order in which the nodes are visited if you start at vertices 1 through 5. In other words, fill in the table below:

A topological sort (sometimes also called a linearization) of a graph is a ordering of the vertices such that if there was a directed path from vertex v to vertex w in the graph, then v precedes w in the ordering. For instance, looking at the graph below, let A be v and F be w. Notice that there is a directed path from A to F, so A must precede F in the topological ordering. 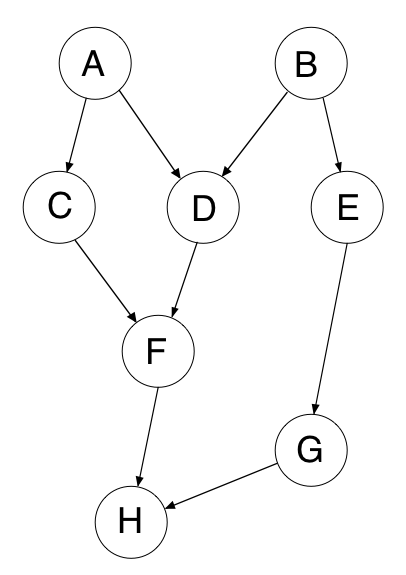 The edges in the DAG represent dependencies between the tasks. In this example above, that would mean that task A must be completed before tasks C and D, task B must be completed before tasks D and E, E before G, C and D before F, and finally F and G before H. A topological sort gives you an order in which you can do the tasks (it puts the tasks in a linear order). Informally, a topological sort returns a sequence of the vertices in the graph that doesn’t violate the dependencies between any two vertices.

Implement the TopologicalIterator class so that it successively returns vertices in topological order as described above. The TopologicalIterator class will slightly resemble the DFSIterator class, except that it will use a currentInDegree array as described above, and instead of pushing unvisited vertices on the stack, it will push only vertices whose in-degree is 0. Try to walk through this algorithm, where you successively process vertices with in-degrees of 0, on our DAG example above.

If you’re having trouble passing the autograder tests for the topological traversals, think about the effect of duplicate values in the fringe on your iterator. Try constructing a complete graph, and testing your TopologicalIterator on that! Also make sure that your previously written methods work as intended.